I don’t understand the mindset.

While we were on the road a couple of years ago between homes, we came across many designated and undesignated shooting areas out in the woods. One thing we were always sure to find: shot up electrical appliances. Other garbage too: slugs, clay pigeons, casings, pallets, and household waste.

We even encountered an expired family pet or two, sadly.

From TVs to computers, I can see the fun in venting one’s ire on broken or hated gadgets or just having fun watching them disintegrate but if you’re going to take it to the woods to die, clean it up and keep in mind it’s illegal in the national forest and is also subject to other local and state laws Explosives and Exploding Targets Prohibition in the National Forest.

There will probably be bits and pieces left behind but give it a proper burial. Haul it to the dump or dispose of it according to whatever guidelines apply.

Whether it’s a printer or that old overstuffed lounger, I don’t understand the mentality of people who think it’s OK to crap on nature. Not enough money to take something to the dump?

When we ran across the corpses of electronic devices, I took advantage of the situation and harvested what I could out of them for art. I took the copper wire out of a bullet-hole-riddled TV and made this tree. 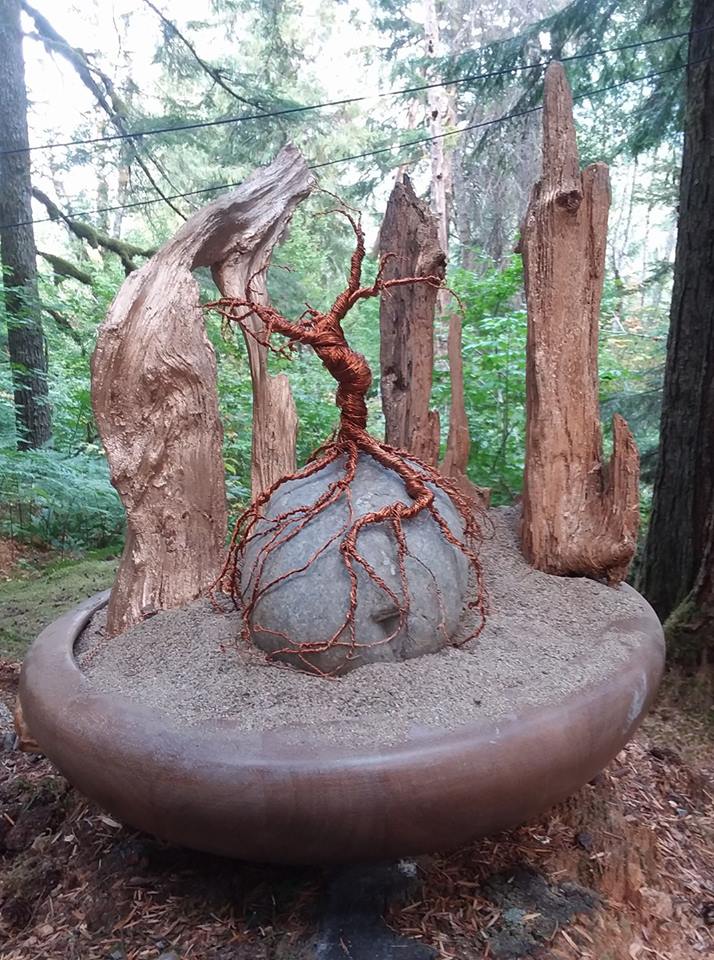 To this day, we run across these dumpsites when we go out prospecting or for a hike. We try to at least scavenge for things that aren’t toxic and are still usable. Otherwise, there is way too much for us to clean up.

There is an area near us where hunters leave the remains of the deer they kill in a gruesome mess of cut-up skulls and plastic bags. I wish the governing agencies in charge of these places would put up hidden trail cams. It would be an easy way to catch offenders.

I imagine this message won’t be headed but it feels good to say it anyway:

Leave it how you found it – or better.

I am an eccentric blogger and artist. I currently live off-grid which makes for some great stories. :) View all posts by ldinlove

This site uses Akismet to reduce spam. Learn how your comment data is processed.