Hint: You get half of what you pay for.

It’s five o’clock in the afternoon and as soon as we got home I, as usual, check the status of our new solar power system.

To my dismay, the charge controllers are only showing that the batteries have a 11.9 volt charge or forty percent state of charge (SAC). They should never be discharged below fifty percent.

It appears as if the batteries are either not charging or they are not holding a charge. To find out, we’ll have to test them. It’s also overcast and when there are multiple possible causes, the fun begins.

When we bought the solar power system we learned a lot about deep-cycle batteries (their are other types you can use for solar) including the fact that you’re only supposed to discharge them no lower than fifty-percent. If you do, the battery won’t work as well the next time around and it’ll get worse the more times you over-discharge them.

So basically, when you buy one battery you’re buying one-half of a battery and you only get to use half of the amp hours listed on the label if you don’t want to ruin it.

Plan to buy twice as many batteries as you think you’ll need.

The batteries are where all of that free energy will be stored until you use it. If it isn’t set up properly, all of that sunshine is going somewhere besides your refrigerator. It’s a good idea to learn a little about them if you’re going solar. 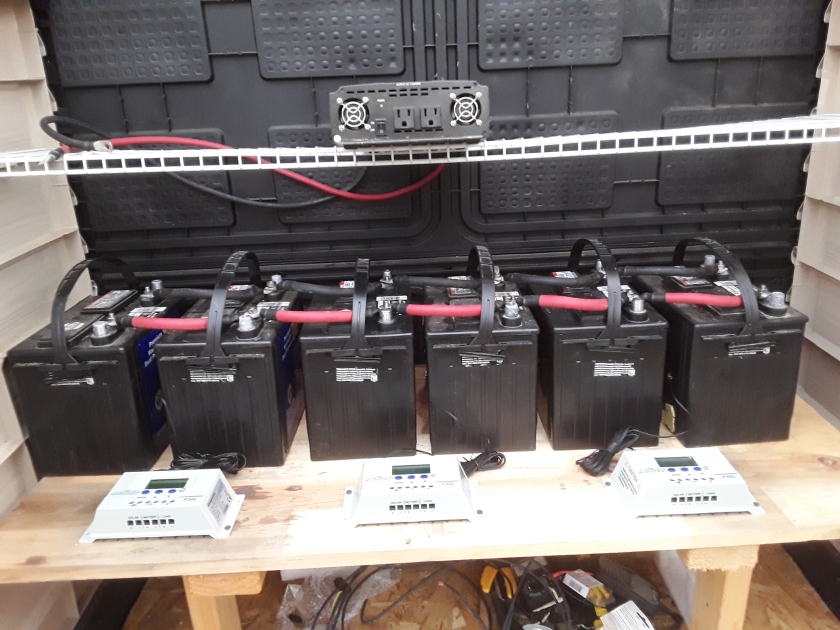 Setting up a battery array can be confusing and the topic of batteries in general, is hotly debated in the online forums. Some issues you will have to deal with are:

Another thing we didn’t know about batteries is that they may be bad but appear to be good if you don’t test them the right way. A surface charge is the false reading a bad battery will have right after it’s fully charged – but it’s temporary. Make sure you test a battery at least four hours (preferably twenty-four), after it’s been fully charged in order to get an accurate result.

We’ve had batteries tested at stores that had a surface charge showing they were full that, when tested later, dropped volts – they were bad.

We’ll test our batteries and if they’re good, the problem lies elsewhere in the system.

Learn the basics about batteries before you buy a DIY solar power system. It’ll help you to not ruin them like we may have ours. Not everything is in the instruction manual.

And get a low-voltage-disconnect to protect them from over discharging. HUGE Industry-Wide Problems With Solar

Picking up the trailer and we’re off. 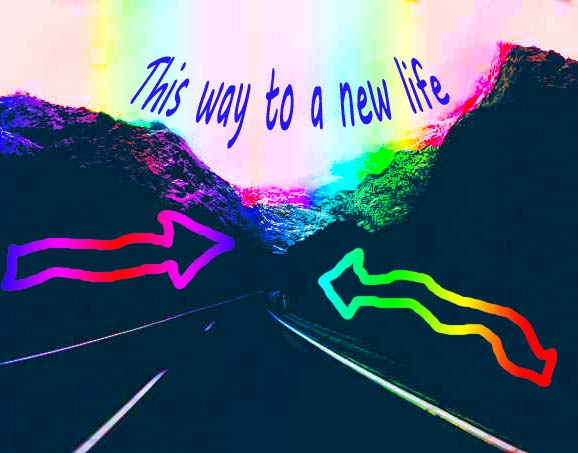 The evening we picked up our temporary home – our new/used travel trailer – I hadn’t pulled one in years.

We had closed on our home were headed out of town and into the foothills of the Cascade mountain range where we would live until we found a place to set down anchor.

After a final inspection to make sure everything was buttoned up tight, I climbed behind the wheel and pushed on the gas. With a gentle lurch, we pulled forward and were on our way.

I was a little nervous hauling a rig for the first time in quite a while so both me and my son kept looking out the back window to make sure the trailer was still behind us. It became a joke to say “it’s still there”.

Out and away from town and into the foothills we drove – trailer still behind us.

There was a truck stop near the entrance to the county road that led to where we were camping. It had showers for only fourteen dollars a pop, a laundry, and a gift shop with everything a trucker might want to ease their travels – or us, ours.

We stopped to fill the water tanks then pulled out for the last leg of our day’s journey. It was getting dark and we wanted to get to the campground before late.

The county happened to be paving the dirt road out and had placed a billion red cones smack in the middle for the entire length of the narrow road. I had to maneuver the trailer carefully around every single one of them. We took a couple of them out – on accident, of course.

Then we came to the bridge.

It was also under construction and had been temporarily made into one lane. I slowly rolled up to it, sizing the situation up in my head. It looked like I would have about five or six inches to spare on each side of the trailer. Some skill would be needed – or stupidity.

What if we got the rig stuck halfway over the bridge? I didn’t want to think about it and rolled forward, my son cheering me on. Gritting my teeth, my fingers practically breaking the steering wheel, we moved forward at a moderate speed. I figured a little momentum would help if things got too tight.

Yes, speed would help us in a jam.

We “narrowly” made it through the tight squeeze without losing any exterior trailer parts and continued on to our destination. One more challenge awaited: backing the trailer up into the parking pad.

I’ve never been good at that. Turning the steering wheel right makes the trailer go left, or right, or something. The next thing you know, you have completed a two-mile per-hour jackknife.

Tonight, we got lucky. I didn’t take out any trees or picnic tables and we settled in without incident for our first night on the open road.